Guangdong 21st Century Maritime Silk Road International Expo (MSRE) 2021 was held in Guangzhou from September 24 to 26. This three-day event has attracted more than 1,000 exhibitors from 64 countries and regions. Over ten countries, including Iceland, Belgium, the United States, Panama, Bolivia, and South Africa, participated for the first time. 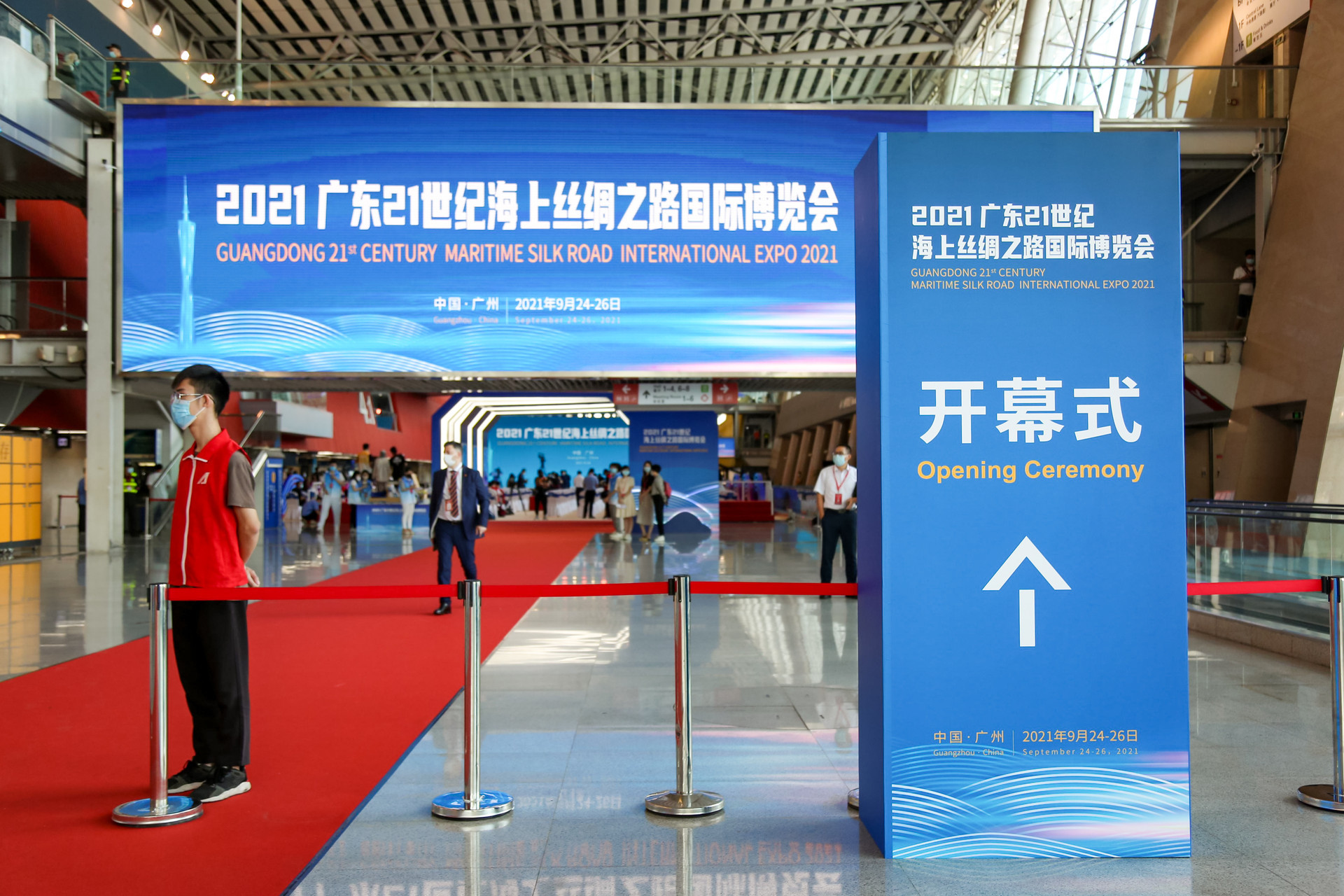 Signature products from countries and regions along Belt and Road presented

Moreover, the world's top 500 and other leading companies bring internationally well-known brands and products, including consumer electronics, artificial intelligence, biomedicine, and other products.

Many participants spoke highly of this year's MSRE. They believed that the holding of the MSREis more critical for strengthening mutual ties of friendship, promoting cultural and tourism economic and trade cooperation.

William Freyr Huntingdon-Williams, the first secretary and deputy head of mission at the Embassy of Iceland, was impressed with the expo: "It is my first time to this very nice city and this very nice province. We're very pleased to be in this region (Guangdong province) of China with our products."

Mr. Waweru Kimani, the deputy ambassador of Kenya in China, shared his feelings about the expo: "We believe that with the expo (MSRE) like this one where we can interact and engage, we can promote the linkage between Chinese people and Kenyan people."

"This is the second time for us to participate. We're excited because we know that this is a good platform to communicate with the countries along the Belt and Road and show the characteristics and advantages of Hong Kong," said Mandy Ng, the Hong Kong Trade Development Council's Regional Director, Southern China.